Written by Car Talk and published on https://www.cartalk.com/.

What Is ‘Lugging the Engine’? 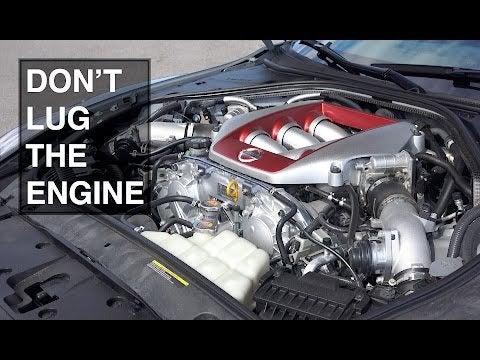 I drive a stick shift, and I can tell when I am “lugging the engine.” But I don’t know what that actually means. What exactly is going on in the engine that causes that “lugging” feeling?

And is it doing any damage to the engine? Thanks! — Judy

Lugging is pretty much what is sounds like, Judy. If you’re lugging an 80-pound prize-winning rutabaga up your stairs, that implies you’re dragging it, and struggling to get it done.

Similarly, lugging the engine refers to trying to accelerate when you’re in too high a gear. So put most simply, you’re straining the engine. You’re making it struggle.

Imagine if you were on your 10-speed bike, and you got to a steep hill and tried to climb it in 10th gear. You’d be struggling and straining, too, and you might even “stall.” That’s because, like your car’s engine, you’re not using the mechanic advantage that the lower gears are designed to afford you.

And when the engine is struggling — when it’s trying to move the car, but can’t get up to an engine speed where it can turn easily — it will begin to overheat.

It’s not the kind of catastrophic overheating, like when you see steam coming out from under the hood. But when you lug the engine, you’re making the cylinders and pistons run hotter than they normally would. And over time, that damages the engine.

Will it damage the engine if you lug the engine once in a while for a few seconds, and then shift to a lower gear and correct it? No. But if you get in the habit of shifting too soon, and lugging the engine after each shift, the excess heat will shorten your engine’s life.

So you know what to do, Judy. And now you even know why.