Written by John Bullock and published on https://axleaddict.com/auto-repair/.

There are many fluids that run throughout your vehicle, but one of the most important to keep track of is the transmission fluid. Whether or not you should change it is not a matter of debate: Yes, you should. But how often this service should be performed varies by manufacturer and vehicle, and it’s open to debate.

How Often Do You Need to Change Your Automatic Transmission Fluid? 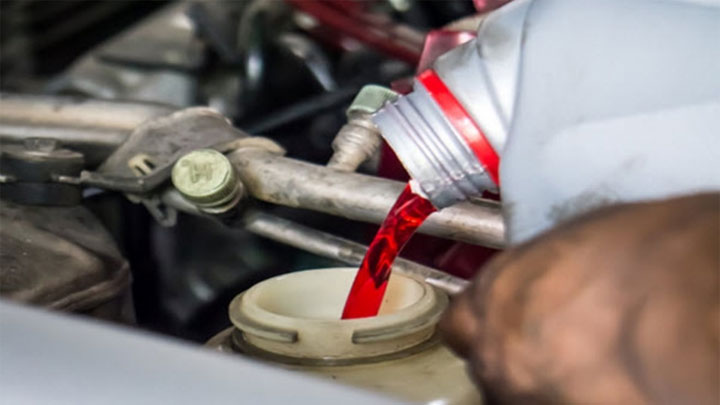 The need to change the automatic transmission fluid in your vehicle at intervals is often overlooked, especially in regions like the UK where automatic transmissions are far less prevalent than, say, the US. Most people are aware that their engine oil needs changing on a regular basis. When it comes to the transmission, however, they may leave the fluid unchanged until things start going wrong.

In other words: until it’s too late.

Now, before we get into the when let’s look at the why.

Why You Shouldn’t Ignore Your Automatic Transmission Fluid Change Interval

It’s tempting to just let it slide, but stay strong. Get that transmission serviced.

Automatic transmissions are very complicated beasts. A manual transmission is basic by comparison, and most of the things that go wrong with them are down to driver error, or at least exacerbated by the driver. With an automatic gearbox, however, you shouldn’t even be able to drive it “incorrectly,” for the most part. Maybe if you tried really hard.

There is far more going on inside an automatic, and that means far more that can go wrong, no matter how you drive.

And your transmission fluid is central to all of it.

The oil in your automatic gearbox is not merely a lubricant to keep those moving parts moving. It is also responsible for powering the internal hydraulics of the transmission and keeping the whole thing cool. In short, it goes everywhere.

The magic of an automatic transmission is mostly done via hydraulics. There is much more to hydraulics than I’ll be going to go into here. In short, pressurized fluid moves components within the gearbox. This is achieved by directing said fluid through a number of small channels within the gearbox. During circulation, your fluid may pass through gauze filters, metering valves, and any number of small orifices. Not to mention several larger components such as torque converters and transmission fluid coolers.

So why does this affect your automatic transmission fluid change interval?

The unavoidable fact of a clutch is that it will wear down over time. And automatic transmissions have several clutches. The point of a clutch is to “slip.” But slipping causes some of the material on those clutches to rub away. This debris has nowhere to go but into the fluid itself. There are also other sources of debris with the gearbox, such as bearings and moving components that wear down over time.

Debris will get into your transmission fluid. That is an inevitable fact of how moving parts work.

You may have already pieced the two significant details together here. The debris-filled fluid being forced through small channels, orifices, and filters is a recipe for disaster. As the debris builds up, it will start to impede the operation of certain parts of the gearbox. This can manifest in sticking valves, causing a harsh or delayed gear change. It can cause completely stuck valves, resulting in the complete loss of one or more gears.

The fact that transmission fluid powers everything means that a transmission getting no fluid can’t damage itself. A transmission getting insufficient fluid may have enough power to apply the clutches, partially. If a clutch isn’t applied properly, it will slip more than it should, causing more debris to get into the fluid. This causes the filter to become clogged more quickly, leading to a loss of drive.

The difference here being that a sudden filter blockage may be repaired with an oil flush and a new filter. A loss of drive that has been coming on gradually will almost certainly require a complete transmission overhaul.

An expensive proposition to say the least.

What Is Your Automatic Transmission Fluid Change Interval?

You’ve resisted the urge to skip the service, but when should you do it?

The first thing to bear in mind is that over-doing it with automatic gearbox oil changes is never a bad thing. You won’t harm your transmission by changing the oil more often than the manufacturer recommends. The low end for an automatic transmission fluid change interval is around 30,000 miles (a little under 50,000 km). If you can’t find the service interval for your particular transmission, you could do a lot worse than to just use this interval as your guide.

Some transmissions, particularly in BMWs, claim to be sealed units that carry “lifetime” oil. The claim means that a) you shouldn’t be opening the transmission up, and b) it will never need a fluid change. Needless to say, you would be better off ignoring this claim. There is a strong chance that “lifetime” oil claims are technically accurate on the basis that the transmission will fail mechanically before the oil ever needs changing.

The fact that your oil was still fine when your transmission imploded will be little comfort, however.

Can Change Your Transmission Fluid Cause Damage?

It also provides you or your mechanic with the opportunity to catch any fluid leaks from your transmission. Many of these leaks are very small and slow and are easily missed because they don’t leave puddles of transmission fluid on the garage floor. It’s easy to check if the fluid is low on transmissions with a dipstick, of course. Transmissions without a dipstick will require you or your mechanic to be under the vehicle in order to change the oil so that a visual leak check can be performed.

It never hurts to catch a transmission fault early.